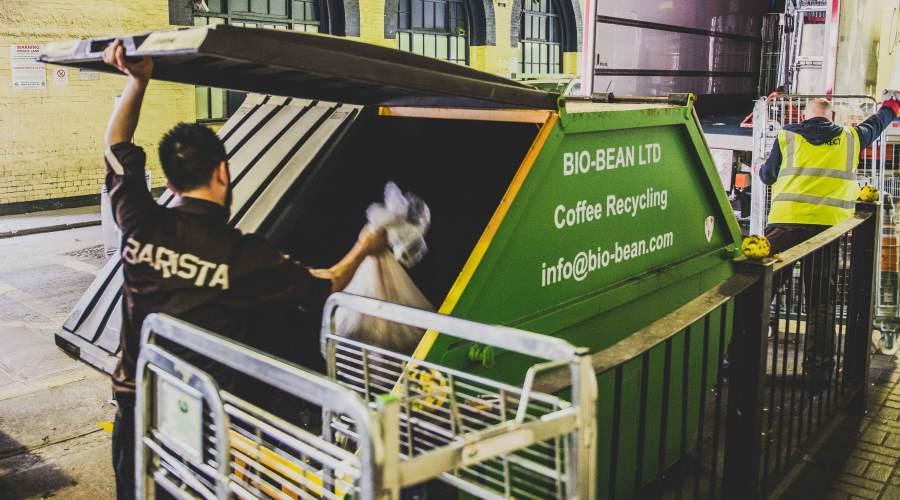 bio-bean® recycles waste coffee grounds as carbon-neutral logs and pellets for wood burners and other heating systems and expects to raise £4 million from investors in 2019 to diversify and target overseas markets.

bio-bean® has benefited from pitch training from the SJIC Projects Team and Enterprise Europe Network in its role within the Innovate UK family of services.

That support has helped the company refine its offer to both prospective investors and commercial partners as it prepares to launch a range of biochemical by-products.

The current turnover of around £1 million is projected to grow by more than 50% in 2020 when the company expects its waste coffee-to-biomass business to break even.

After being introduced to SJIC advisers through a local ‘growth hub’, bio-bean® won a contract to roll out its Coffee Logs in stores run by the East of England Co-operative Society across Essex, Suffolk and Norfolk.

EEN had provided investor pitch training with SJIC for bio-bean ahead of a Pitchfest event, part of a successful showcase programme in the East of England.

It was there that bio-bean caught the attention of the joint CEO at East of England Co-op, Mark O’Hagan, who then provided samples of the Coffee Logs to his procurement team at the fourth largest consumer co-operative in the UK.

Pete Griffiths, bio-bean’s chief financial officer, said: “The East of England Co-Op became a relatively big customer for us in the winter just gone and we’ve since discussed a partnership with the Co-Op nationally. That could be very significant for us.”

Ambitions for a biochemical product

He added: “We’ve got big ambitions to make a biochemical product and we think we can take this overseas. Our existing investors don’t have the funds or the capital to do that.

“We hope to raise approximately £4 million from our current funding round to support the bigger-scale activity. The pitch training was really helpful in getting our message over more clearly.”

bio-bean, founded in 2013 by Arthur Kay, an architecture student, collects used coffee grounds from more than 1,500 cafes, transport hubs, universities and offices across the UK.

Pete said: “There’s a lot of demand for our Coffee Logs on the continent. The challenge is how we go about meeting the demand.”

The company employs 33 staff, the majority of whom work at  its coffee recycling factory at Alconbury Weald in Cambridgeshire. Opened in 2015, it can process over ten thousand tonnes of coffee grounds per year.

Coffee grounds consist of 15% oil so bio-bean’s R&D team in Welwyn Garden City have been exploring potential applications in advanced biofuels and biochemicals.

The UK produces hundreds of thousands of tonnes of waste coffee grounds every year. Most of it goes to landfill where it emits methane, a greenhouse gas that is 28 times more potent than carbon dioxide.

Could the SJIC Projects Team support your business? Contact us – projects@stjohns.co.uk