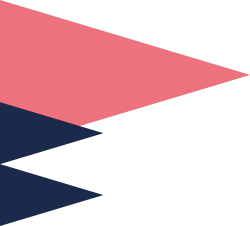 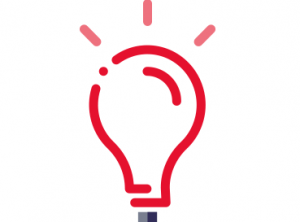 The simplest definition of the Cambridge Phenomenon covers the several thousand firms formed mostly since the 1960s to commercialise technology and biotechnology discoveries, together with associated support-service firms (patent agents, investors, science parks) based in or around Cambridge. Adopting approximately this ‘open’ definition, the University of Cambridge produces a short fact-sheet, updated on an ad hoc basis. As at May 2016, 4,300 knowledge-intensive firms employing 58,000 people were recorded.

The phenomenon (or cluster or technopole) has no official or legal standing: it arose spontaneously out of scores of independent initiatives, without (and sometimes in spite of) government action. The first recorded use of the term ‘Cambridge Phenomenon’ appeared in an article in The Financial Times in 1980 (by Peta Levi, cousin of serial entrepreneur brothers Charles and Jack Lang), noting the creation of 41 companies in the previous decade and Cambridge’s leading position in computer-aided design. It resurfaced as the title of an influential economic review in 1985 published by SQW, a consultancy, and overseen by a committee chaired by Matthew Bullock, then a commercial banker helping pioneering start-ups, now Master of St Edmund’s College in the University of Cambridge. The ‘Cambridge Phenomenon’ then took flight in policy circles as an exemplar of how universities and technology industries could interact for wide social and economic benefit.

For simplicity, 1960 is often treated as the start date for the modern Phenomenon, when Cambridge Consultants was founded to ‘put the brains of Cambridge University at the disposal of British Industry’. One of the biggest contributors to the success of the cluster, was the group of technology consultancies – such as Cambridge Consultants, TTP or Sagentia – many of which evolved out of each other. This small mediaeval market town (whose population today is still only around 125,000) morphed in under 50 years to a cluster spawning not just ARM and Autonomy (both rooted in computer science) but Abcam (an innovator in reagents, quoted on the London Stock Exchange), Cambridge Antibody Technology (acquired by AstraZeneca for $702M), CSR (fabless semiconductors, bought by Qualcomm for $2.4bn) or Domino (inkjet printing pioneers bought by Brother for $1bn).

The Phenomenon’s pre-history, from the foundation of the University (conventionally ascribed to 1209), through the establishment of the University Press in 1534 and the inauguration of the Cavendish Laboratory in 1874 (thanks in part to the intervention of the University’s Chancellor, Prince Albert, husband of Queen Victoria and graduate of the University of Bonn, appalled by the lack of provision for modern physical sciences) provides few clues of what was to follow. One of the first start-ups before the modern era was the Cambridge Scientific Instrument Company, co-founded in 1881 by Charles Darwin’s son, Sir Horace, partly to meet the demand for scientific instruments triggered by the creation of the new University science site.

The Phenomenon very nearly did not happen. The planning regime after the Second World War, strictly enforced, envisaged Cambridge remaining a small town on the edge of the Fens with no development to accommodate industry. Cambridge Consultants and others needed to play cat-and-mouse with the planning authorities to be able to use suitable premises in town. The 1960s were reminiscent of the 1840s, when the recurrent conservatism of both town and gown delayed building a train station, and insisted on its being sited more than two kilometres from the centre (a frustration to visitors to this day) to discourage undergraduates from travelling to morally-doubtful London.

Meaningful progress took nearly all the 1960s to materialise. Sir Nevill Mott, Cavendish Professor of Experimental Physics, was named chairman of the committee to explore how the University could develop better relationships with industry. The Mott Report in 1969 came out in favour of expanding science-based industry and led almost immediately to the creation of the Cambridge Science Park in 1970, the brainchild of Dr (later Sir) John Bradfield, Senior Bursar of Trinity College. To help new companies reach the stage where they could justify renting a large building with its own front door on the Science Park, Dr Christopher Johnson (Senior Bursar of St John’s College) worked with other pioneers, such as Walter Herriot of Barclays Bank, to devise the St John’s Innovation Centre, whose doors opened in 1987. Both the Science Park and the Innovation Centre were the first of their respective type in Europe.

The part played by the University is perhaps hardest to explain. Contrary to the assumption of many visitors, the University is not a major source of spin-outs strictly defined: that is, companies started up by the technology transfer office (Cambridge Enterprise) to commercialise University intellectual property. On average, fewer than a score of such companies receive funding from the University each year, though their above-average quality is attested by their relative longevity and ability to secure external funding. Though only 11 spin-out companies received direct investment from University seed funds (£3.2M) in 2013-14, Cambridge Enterprise’s portfolio companies had raised follow-on financing of £1.29BN since 1995.

While insight may be derived from the Cambridge experience, specific policies will be harder to extract and apply. Visitors often assume the ‘linear model’ of innovation applies, especially one based on technology push: invention ‘should’ readily lead to new products, which are swiftly diffused as customers adopt them. But simply increasing research intensity (‘turning money into knowledge’) does not of itself produce innovations (‘knowledge into money’) that markets adopt. Numerous overlapping micro-initiatives are needed to create entrepreneurial cohorts with appropriate tools to achieve this. Student entrepreneurship and its concomitant cultural change only started to be addressed in earnest in Cambridge around 2000, when business plan competitions, evening training events, venture capital clubs and formalised industry links were all invested in by the public sector and philanthropic foundations.

Building a leading state of the art Virtual, Augmented and Mixed Reality interactive content and technology company in Cambridge, UK.

Building a leading state of the art Virtual, Augmented and Mixed Reality interactive content and technology company in Cambridge, UK.