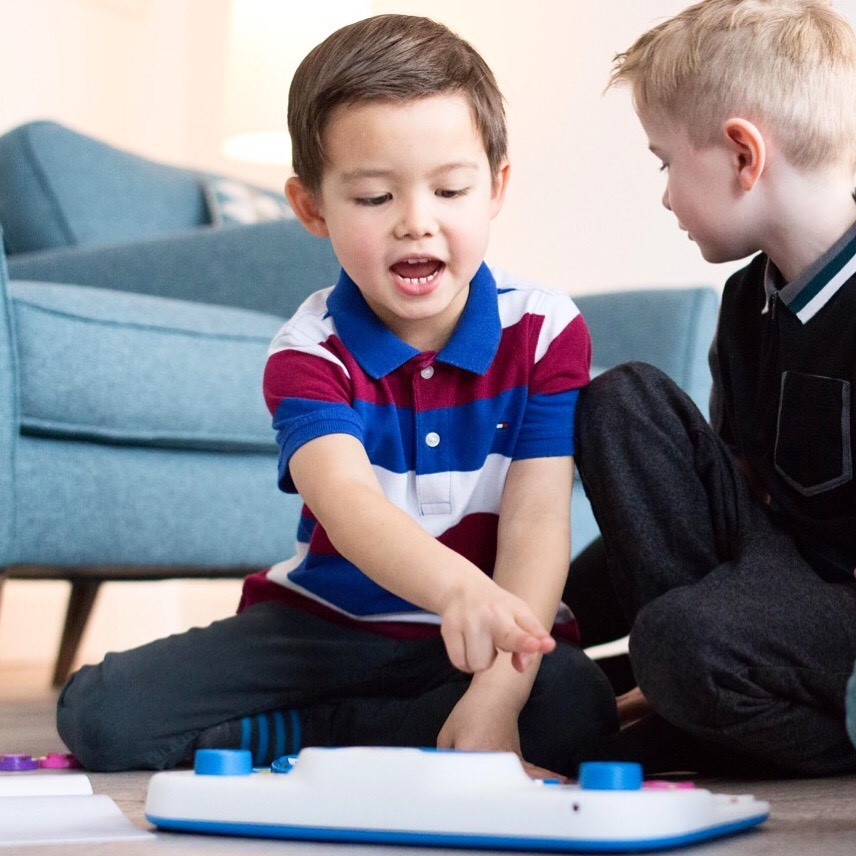 Soundbops is a novel musical instrument that empowers young children to create and engage with music. Drawing on a long-standing love of music, Michael Tougher has developed a new technology that allows children to enjoy the magic of music, without having to master complex instruments.

Michael is one of the successful finalists of the Pitchfest 2017 edition delivered by Enterprise Europe Network in partnership with the Knowledge Transfer Network and held at St Johns Innovation Centre.

Michael’s patent-pending technology simplifies the process of creating music through a set of musical building blocks known as ‘bops’. These are brightly coloured buttons that each play different musical notes when pressed on a board. They can switch between 8 different instrument sounds and be endlessly rearranged and stacked, to create chords and new songs.

Targeted at children aged between three and eight years old, this high-end musical toy has strong educational value as it encourages learning through social play and experimentation. Each bop is also marked with a musical note, subtly helping children to understand the composition of music.

Designed for easy and intuitive use, Soundbops invites children to explore and play, as demonstrated in successful user tests with a working prototype.
Michael has launched a Soundbops Kickstarter to build a network of early adopters for the product aiming to raise £30,000 to bring Soundbops to market for Christmas 2018.

To back Soundbops, visit their Kickstarter Campaign page